Jochen Althoff is a professor of ancient Greek at the University of Mainz. He has published on ancient science and philosophy, especially Aristotle, and organizes the yearly meeting of the research unit Ancient Science and its Reception and coedits a publication series of the same name.

Dominik Berrens studied classical philology and biology at the University of Freiburg. From 2013 to 2017, he was part of the research training group Early Concepts of Man and Nature at the University of Mainz, where he received his doctorate with a dissertation on social insects in antiquity in 2016. Since 2017, he has been a postdoctoral researcher in the project NOSCEMUS - Nova Scientia: Early Modern Science and Latin funded by the European Research Council at the University of Innsbruck. His research interests lie in premodern scientific texts and ancient drama.

Tanja Pommerening holds degrees in Egyptology, pharmacy, and history of sciences. She has been a professor of egyptology at the University of Mainz since 2010. Since 2013, she has been spokeswoman of the research training group Early Concepts of Man and Nature. In addition to the overarching questions of universals, cultural specificities, and knowledge transfer, her research focuses on the language and culture of Ancient Egypt, ancient Egyptian medicine and science, and the history of knowledge. 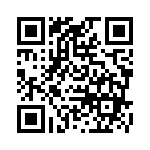