Page 66 - Now the bad time came. During the whole summer the sun had been hid behind the clouds, as if unwilling to look upon the earth. There was perpetual calm, and the damp mist hung like a wet sail over the houses and the marshes. The air was heavy and oppressive, and in men's hearts was neither joy nor cheerfulness. In the midst of this stillness the earth began to tremble as if she were dying. The mountains opened to vomit forth fire and flames.
Appears in 8 books from 1876-2000
Page 120 - I have lost all hope that it would be of any use. I do not write in the hope that I shall win back the land or preserve it : in my opinion that is impossible. I write only for the future generations, that they may all know in what way we were lost, and that each may learn that every crime brings its punishment. My name is Apollonia. Two-and-thirty days after my mother's death my brother Adelbrost was found murdered on the wharf, his skull fractured and his limbs torn asunder. My father, who lay ill,...
Appears in 6 books from 1876-1975
More
Page 16 - ... in it. Again and again it is repeated, and throughout the code Di fria Fresa, the free Frisian, is invariably used for citizen or inhabitant. Either this characteristic is of an infinite age, or the Oera Linda has cunningly borrowed it, for the Tex abounds in such spirited enactments as this : — If any man shall deprive another, even his debtor, of his liberty, let him be to you as a vile slave ; and I advise you to burn his body and that of his mother in an open place, and bury them fifty...
Appears in 6 books from 1876-1975
Page 197 - ... mith burga to bvwande. Witto, that is witte sin svn, sand hi mith vmb to to sjanande. Hwat...
Appears in 6 books from 1872-1876
Page 189 - Bi mina jiiged was-t ore land, that buta tha hringdik leid, al pol and brok. Men Fryas folk is diger and flitich, hja wrdon mod ner wirg, thrvchdam hjara dol to tha besta l6ide.
Appears in 6 books from 1872-1876
Page 17 - Sahwersa that machte b6ra that hja fon juwe red jefta awet owers wilde, alsa aghat j to helpane hjam. Men kvmath hja to rawande; fal than vppa tham nither lik blixenande fjvr. 10. Sahwersa annen fon hjam...
Appears in 6 books from 1872-1876
Page 238 - Forth moton alle vpstonda and et Findas folk fon Fryas erv dryva. Nillath hja that navt ne dva, alsa skilun hja slavona benda vmbe hjara halsa...
Appears in 5 books from 1872-1876
Page xxvi - Below this, and, as far as we can discover, written on the same paper, is a letter dated four hundred years earlier. This also has a peculiar importance. It reads as follows : — Beloved Successors, — For the sake of our dear forefathers, and of our dear liberty, I entreat you a thousand times never let the eye of a monk look on these writings.
Appears in 6 books from 1876-1975
Page 197 - Se'landar hera et sina hove. Hir most nw letta ho Friso alle to bidobbe wiste to nocht fon bede partja and to bate fon sin ajn dol.
Appears in 5 books from 1872-1876
Page xx - ... of magnificence into the lap of its respectable and sleepy history. That it should be difficult to be critical under such circumstances is pardonable ; and yet the 'Oera Linda Book ' might have taxed our credulity a little less. With the sincerest affection for Friesland, this is too much : — ' Hitherto we have believed that the historical records of our people reach no farther back than the arrival of Friso, the presumptive founder of the Frisians ; whereas here we become aware that their...
Appears in 4 books from 1876-1879
Less 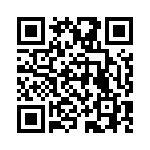