There are some books whose memory stays with you, and this is one. I read it first on holiday, camping and could not put it down. I went through all of my torch batteries in one night. Since then I ... Read full review

Henry Beam Piper (1904 - 1964) was an American science fiction author. He wrote many short stories and several novels. He is best known for his extensive Terro-Human Future History series of stories and a shorter series of "Paratime" alternate history tales. 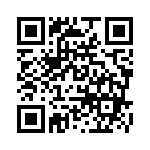