Hugh Davis is Professor Emeritus of History at Southern Connecticut State University. He is the author of Leonard Bacon: New England Reformer and Antislavery Moderate and Joshua Leavitt: Evangelical Abolitionist. 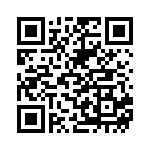