Nicholas Gaskill is assistant professor of English at Rutgers University in New Brunswick.

A. J. Nocek is a PhD candidate in comparative literature at the University of Washington. 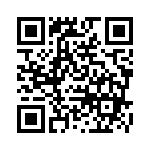