Cathie Carmichael is Professor of History at the University of East Anglia and has been Head of School since 2012. She studied in London, Ljubljana and Bradford and completed her PhD in 1993 under the supervision of John B. Allcock. She is the author and editor of several books including Slovenia and the Slovenes: A Small State in the New Europe (2000, with James Gow), Language and Nationalism in Europe (2000, co-edited with the late Stephen Barbour), Ethnic Cleansing in the Balkans: Nationalism and the Destruction of Tradition (2002) and Genocide before the Holocaust (2009). She is an editor of the Journal of Genocide Research. 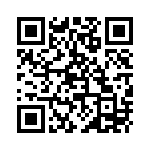