If you are a fan of the Pliocene Exile series and the related books, this is actually worth having. A lot of these type of books are a waste of time, just a summary of people and places that you already know. This one does provide a some good insights. Read full review

Julian May (1931–2017) was a staple of the early science fiction community and the 2015 winner of the First Fandom Hall of Fame Award. Her short science fiction novel, Dune Roller, was published in 1951, aired on American television in 1952 as part of the Tales of Tomorrow series, and went on to a BBC adaptation and a 1972 movie. She chaired the Tenth World Science Fiction Convention, making her the first woman to chair a Worldcon. The Many-Colored Land, the first book in her Saga of the Pliocene Exile, won the Locus Best Novel Award in 1982 and was nominated for both Hugo and Nebula awards, as well as the Mythopoeic, Prometheus, and Geffen awards. 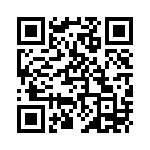