Jeffrey E. Cole is professor of anthropology and chair of the Department of Anthropology at Connecticut College, New London, CT. 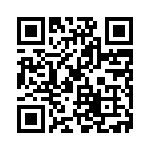