"Once there was a boy and the boy loved stars very much..." And so begins the simple narrative here, as the boy tries everything he can think of, from climbing a tree to using a lasso, to catch a ... Read full review

This is a modern fantasy story about a boy who loves stars. He loves stars so much he wishes he could have one to himself that he could play hide-and-go-seek with and simply have as a friend. The ... Read full review

Oliver Jeffers was born in Port Hedland, Western Australia in 1977. He grew up in Belfast, Northern Ireland. He received a First Class Honors Degree in illustration and visual communication and certificate of foundation studies from the University of Ulster, School of Art and Design in 2001. His work has been exhibited in multiple cities, including the National Portrait Gallery in London, the Brooklyn Museum, and Gestalten Space in Berlin. He writes and illustrates picture books. His debut book, How to Catch a Star, was published in 2004 and won a Merit Award at the CBI/Bisto Book of Year Awards. His second book, Lost and Found, won the Gold Award at Nestle Children's Book Prize and was developed into an animated short film, which has received over sixty awards including a BAFTA for Best Animated Short Film. His other books include The Incredible Book Eating Boy, The Great Paper Caper, Up and Down, Stuck, This Moose Belongs to Me, Once upon an Alphabet: Short Stories for All Letters, The Hueys series and A Child of Books. He has won numerous awards including the Smarties Award, Irish Book of the Year, The Blue Peter Book of the Year, and the 2017 Academy of British Cover Design Award in the Children's category. 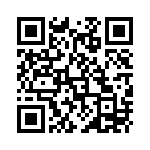