Careful, solid research! Dazzling in its range of evidence, engagingly and detailed in its analysis ... vividly brings to life the cult of the bodhisattva Dizang (the Chinese Jizō) in its complex formative period in medieval China (P. Tan, Ph.D., independent scholar)

I am personally drawn to the bodhisattva Jizo in modern Japanese Buddhism, and have long wanted to know about the sources for this deity in Indian and Chinese Buddhism. This book amply satisfies my curiosity. It paints a brilliantly detailed, nuanced overview of the early Chinese development of Jizo. One particular strength is the engaging and compelling analysis of the visual images and popular narratives. 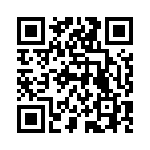