The Great Ga'Hoole Tree is threatened by Nyra and The Striga. Coryn must make a big decision. Should they go into battle? Should they stay on the defensive side? And if they do go into battle, what ... Read full review

In this final installment of the Guardians of Ga'Hoole, King Coryn and the Band must fight a final war against the Nyra and the Striga, who've teamed up to raise an army of hagsfiends. This was a good ending to the series, although it was perhaps a little too sad. Read full review

Jhumpa Lahiri was born 1967 in London, England, and raised in Rhode Island. She is a graduate of Barnard College, where she received a B.A. in English literature, and of Boston University, where she received an M.A. in English, M.A. in Creative Writing and M.A. in Comparative Studies in Literature and the Arts, and a Ph.D. in Renaissance Studies. She has taught creative writing at Boston University and the Rhode Island School of Design. Her debut collection, Interpreter of Maladies, won the 2000 Pulitzer Prize for fiction. It was translated into twenty-nine languages and became a bestseller both in the United States and abroad. In addition to the Pulitzer, it received the PEN/Hemingway Award, the New Yorker Debut of the Year award, an American Academy of Arts and Letters Addison Metcalf Award, and a nomination for the Los Angeles Times Book Prize. Lahiri was awarded a Guggenheim Fellowship in 2002. The Namesake is Jhumpa Lahiri's first novel. She lives in New York with her husband and son. 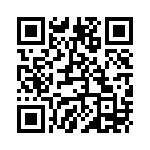