Hero or opportunist? Rebel or terrorist? Did he even own a coonskin cap? Davy Crockett was an enigma in his own age—and certainly the right man in the wrong place at the wrong time.Retired New York ... Read full review

Longtime Crockett researcher Groneman cuts through the myth and legend to uncover as much as possible of the real Davy Crockett (1786-1836). What emerges is a fascinating look at a man who was a ... Read full review

William Groneman III, at the time of his retirement, was the company commander of Engine Company 308 and worked at Ground Zero just hours after the attack on the world Trade Center on September 11, 2001. A longtime student of the battle of the Alamo he has written books and articles exploring some of the myths and misconceptions of it. 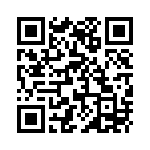