Oh my goodness! This is now one of my favorite books! I've been meaning to read it for a while, but I wasn't sure if I would like it. This is one of the rare cases in which I watched the movie before ... Read full review

It’s much more dreamlike than I was expecting, in a similar vein to Patricia A. McKillip’s fantasy. I was emotionally invested only in flickers and bursts, but I appreciated the way it plays with, and ... Read full review

Peter S. Beagle was born in Manhattan in April of 1939. During his senior year of high school, Beagle entered a poem and a short story in the 1955 Scholastic Writing Awards Contest, not knowing that the Grand Prize was a college education. He won that prize and went on to spend four years at the University of Pittsburgh after graduating from high school in 1955. In his sophomore year at the University of Pittsburgh, Beagle entered another contest, winning first place again in Seventeen Magazine's Short Story Contest. At the age of 19, he published "A Fine and Private Place." Beagle graduated college with a degree in Creative Writing and a Spanish minor and then spent a year overseas. When he returned, his new-found agent had enrolled him in a writing workshop at Stanford. After his first few published stories, Beagle supported himself and his family as a freelancer for many years. In the 70's he began to write screenplays, as well as take up the hobby of singing folk songs at a local club. Beagle has published music as well as books, both his passions, and both lucrative. Beagle gives lectures and readings at universities, and also hosts writing workshops at schools such as the University of Washington and Clarion West. His works have been translated into 15 languages. Beagle has also written a script for Star Trek: The Next Generation and the screenplay for the animated feature version of The Lord of the Rings. In 1987, Beagle's "The Last Unicorn" was proclaimed the Number 5 All Time Fantasy Novel. That same year, "The Innkeeper's Song" won the Mythopoetic Fantasy Award. In 1997, "The Unicorn Sonata" won the Locus Poll Award for Best Novella, and in 1998, "Giant Bones" won the same award as well as being nominated for the 1998 World Fantasy Award. 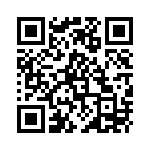