This is a saying of this book, "When one realizes the difference between the container and the content, one attains knowledge."
An Enlightened person realizes difference between objects and their projections, the truth and it's manifestations. That's what make him live in present.
"Present" is the content, very small, almost nothing. But "Past/Future" are it's container, so huge that you cannot store it. Leave the container and identify the content. Containers are deceiving, Content isn't.

Succeeds at what it is, which is printed snark slash a printed lesson from a mystic. Read full review

Idries Shah (1924-1996), whose family lived in Afghanistan for a thousand years, is an internationally known authority on the region and his books on Sufism are considered seminal. "The Sufis," first published in 1964, is a first-of-its-kind modern statement on Sufism. Shah is the author of more than twenty books and has a readership spanning East and West. 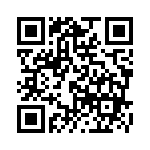