The growth of independent video and the proliferation of handheld video cameras generated the phenomenon of video art, of which California was the epicenter. Institutions like the Long Beach Museum of ... Read full review

Glenn Phillips is Senior Project Specialist and Consulting Curator in the Department of Contemporary Programs and Research at the Getty Research Institute. 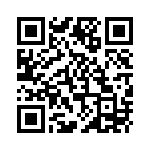