Russell King is head of the Geography Department at Sussex University in England. He has edited and contributed to numerous works, including Mass Migration in Europe, Writing Across Worlds: Literature and Migration and Exploding the Migration Myths. 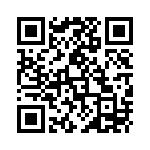