Alfred Thayer Mahan was born on September 27, 1840 at West Point, New York, where his father was a professor of Civil and Military Engineering at the U.S. Military Academy. He graduated from the Naval Academy in 1859 and embarked on a nearly 40-year naval career seeing duty in the South Atlantic and Gulf of Mexico against the Confederacy. He taught briefly at Annapolis, but spent most of his academic career at the newly founded Naval War College in Newport, Rhode Island, where he eventually served as president. He wrote twenty books during his lifetime including The Influence of Sea Power upon History, 1660-1783; The Influence of Sea Power upon the French Revolution and Empire, 1793-1812; The Interest of America in Sea Power, Present and Future; The Life of Nelson; and The Major Operations of the Navies in the War of American Independence. He died on December 1, 1914. 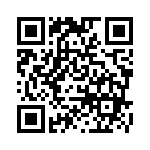