S. P. Cerasano is the Edgar W. B. Fairchild Professor of Literature at Colgate University. She has published numerous books, as well as articles in Shakespeare Quarterly, Shakespeare Survey, Shakespeare Studies, and other academic journals. She is the editor of Medieval and Renaissance Drama in England and has served as a consultant to members of the Archaeology Division of the Museum of London concerning the excavation of the Rose Play house site. She is currently editing Edward Alleyn's diary. 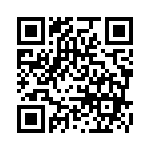