Myron Echenberg is professor of history at McGill University. He is the author of Black Death, White Medicine: Bubonic Plague and the Politics of Public Health in Colonial Senegal, 1914-1945 and Colonial Conscripts: The Tirailleurs Sénégalais in French West Africa, 1857-1960. 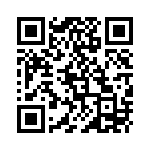