I have the perfect amount of resources 😘😘😘💕💕💕

Larry Allen is professor of economics in the Department of Economics at Lamar University, Beaumont, TX. 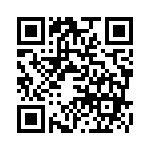