NOBODY WALKS: Bringing My Brother's Killers to Justice

Pulpy, engrossing account of losing a family member to a senseless murder and retribution delivered through the criminal justice system.Attorney Walsh was the only one among his four brothers to ... Read full review

DENNIS WALSH has been a practicing criminal defense attorney for thirty years. Walsh was drafted in 1972 while he attended CSUN and joined the Navy. Upon returning home he received his BA from CSUN and went on to graduate from the University of Santa Clara School of Law. Walsh lives in California. 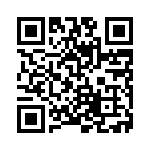