Louis F. Burns, of Osage-French-Scottish heritage, is a member of the Mottled Eagle Clan and author of six books, including Symbolic and Decorative Art of the Osage People. 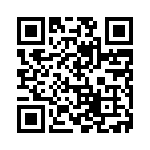