George F. Kennan (1904 -2005) was the U.S. Ambassador to Russia and Yugoslavia, and professor emeritus at the Institute for Advanced Study, Princeton. He is the author of many books, including Soviet-American Relations, 1917-1920 (two volumes) and From Plague After Munich: Diplomatic Papers, 1938-1940 (both from Princeton). 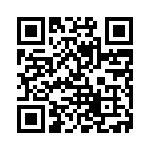