Richard D. Bardgett is Editor of Journal of Ecology and is recognised as an ISI Highly Cited Researcher. He was elected an Honorary Fellow of the Royal Society of New Zealand in 2006. He serves on the Editorial Boards of Ecology Letters and Ecosystems and is a member of Rothamsted's Board of Directors.

David A. Wardle received the NZ Association of Scientists Medal in 1999, the NZ Ecological Society Research Award in 2001, and has been a Fellow of the Royal Society of NZ since 2003 and an ISI Highly Cited Researcher since 2006. He also serves or has served on a range of Editorial Boards including Science, Ecology and Ecology Letters. 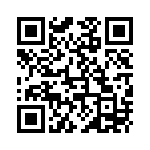