ROBERT J. ALEXANDER is Professor Emeritus of Economics and Political Science, Rutgers University. He was a member of John F. Kennedy's Task Force on Latin America where the Alliance for Progress was developed, and he is a former consultant to the American Federation of Labor and the AFL-CIO on Latin American and Caribbean organized labor. One of the country's most respected scholars of Latin American politics and economic affairs, Professor Alexander is the author or editor of forty-five earlier books, most of them focusing on Latin America and the Caribbean, including The Bolivian National Revolution, the first English-language study of that upheaval, and the history of labor and radical movements. 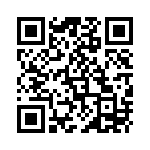