A good selection of short stories.

Page 3 - I could do was to offer you an opinion upon one minor point - a woman must have money and a room of her own if she is to write fiction...
Appears in 204 books from 1929-2008
Page 3 - Shakespeare's plays, for instance, seem to hang there complete by themselves. But when the web is pulled askew, hooked up at the edge, torn in the middle, one remembers that these webs are not spun in midair by incorporeal creatures, but are the work of suffering human beings, and are attached to grossly material things, like health and money and the houses we live in.
Appears in 70 books from 1929-2007
More
Page 3 - ... If opinions upon any of these matters had been chalked on the pavement, nobody would have stooped to read them' (p. 99). (c) (1) 'All human beings were laid asleep ... (p. 24). (2) 'We were all being shot backwards and forwards on this plain foundation to make some pattern' (p. 26). (3) '. . . for fiction, imaginative work that is, is not dropped like a pebble upon the ground, as science may be ..." (p. 43). (4) 'It was a sentence that was unsuited for a woman's use
Appears in 9 books from 1944-2005
Less

Dalya Cohen-Mor is an independent scholar educated in the Middle East, Europe, and the United States. She is the author of A Matter of Fate: The Concept of Fate in the Arab World as Reflected in Modern Arabic Literature and Yusuf Idris: Changing Visions, as well as the editor and translator of An Arabian Mosaic: Short Stories by Arab Women Writers. 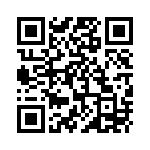