Carl Freedman is professor of English at Louisiana State University and the author of Critical Theory and Science Fiction; The Incomplete Projects: Marxism, Modernity, and the Politics of Culture; and George Orwell: A Study in Ideology and Literary Form. He is also the editor of Conversations with Isaac Asimov (published by University Press of Mississippi). 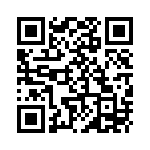