Karl Kofoed is a graphic artist with over 30 years of commercial experience. Karl describes himself as wearing two professional _hats”. He is owner of Kofoed Design, specializing in graphic design, illustration, photo retouching and restoration. Deep Ice is Karl s first venture into the world of traditional prose, and he has several other books waiting in the wings.

His other professional _hat” is that of a science fiction illustrator and writer. He is well known to the SF community and has done scores of book covers and interior book and magazine illustrations. Karl s Galactic Geographic© feature (GalacticGeographic.com) appears in Heavy Metal magazine. Using his Macintosh computer he has single handedly designed, written, illustrated, and produced the Galactic Geographic Annual 3003, which he describes as _a coffee table book from the future”. Published by Chrysalis/Paper Tiger Books, it is now available at book stores everywhere.

Karl and his wife Janet, a popular jewelry designer, live in Drexel Hill, Pennsylvania, USA; a suburb of Philadelphia. They each have a daughter named Lisa, from previous marriages. 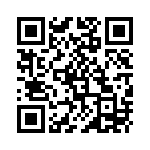