A highly intellectualized, precious collection of essays in literary criticism on diverse broad subjects, writers, books, literary trends, united by an underlying concern for liberalism as an ... Read full review

He Gave Liberalism A Good Name
Lionel Trilling wasn't just a critic. He traced—brilliantly—the way our literary and political lives intersect.Jeremy McCarter
NEWSWEEK
From the magazine issue dated Oct 6, 2008
When the feuding tramps in "Waiting for Godot" trade insults, Gogo ends the exchange with a slur so vicious it leaves Didi speechless: "Crritic!" He doesn't explain what he means, and doesn't need to. Samuel Beckett assumes that his audience already knows critics are small-minded, mean-spirited, parasitic killjoys (or words to that effect). Speaking as a critic, I see a lot of truth in the description. But not every critic can be depicted that way. Some critics are diligent, bighearted, visionary. Some are even heroes.
Lionel Trilling is a hero—one of my heroes, anyway. And for the Trilling devotee, this has been an /annus mirabilis/. Over the summer, Northwestern University Press published a paperback edition of "The Moral Obligation to Be Intelligent," a career-spanning selection of his essays on Keats, Orwell, Austen and more. They showcase his genius for literary sculpting, which is what great critics like Trilling do: use hammer and chisel and inspiration to carve meaning out of a block, whether the substance is marble or something less agreeable.
This year has also seen the publication of "The Journey Abandoned," the surviving first third of a novel he never finished. It doesn't have the force of his single completed novel, "The Middle of the Journey," a political drama about Moscow-sympathizing fellow travelers. But in its best moments, it has a superior style to his other novel's, one that dazzles in its own right, and not just when graded on a critic-who's-moonlighting curve. When describing the boyhood of the central character of his bildungsroman, he's wry and anthropological without being clinical, like the narrator in a Truffaut film.
Now, from New York Review Books, comes the grand prize. In 1950, Trilling—then a 45-year-old English professor at Columbia University—assembled 16 essays he'd written over the preceding few years, all unified by what he called "an abiding interest in the ideas of what we loosely call liberalism, especially the relation of these ideas to literature." It was a characteristically mild way to describe a uniquely provocative book. For in "The Liberal Imagination," Trilling didn't confine the well-honed tools of his profession to the books under review. He showed how our creative life shapes our political life (and vice versa), and our sentiments shape our ideas (and vice versa), along the way forcing his fellow liberals to confront their blind spots and weaknesses. As the new edition demonstrates, he attained insights in this gutsy, far-seeing book that prove as urgent in the 21st century as they did in the middle of the 20th.
Trilling had an intensely dialectical mind, given to thorough bouts of self-qualification, which makes it tricky to boil down the argument of his masterpiece. In quick strokes, he believed that as liberalism works toward the freedom and equality that it insists can be attained, it tends to simplify, leading it into the unintended consequences that conservatives love to deplore. ("Liberalism is always being surprised," he wrote, damningly, in a short book on E. M. Forster.) Because the liberal imagination needs constant refreshing, it ought to turn to literature, which Trilling called "the human activity that takes the fullest and most precise account of variousness, possibility, complexity, and difficulty." At a time when worthy authors offered endless worthy attacks on social injustice, Trilling gave his book a subversive punch line: literature doesn't need more white hats and black hats, it needs "moral realism," books that don't just attack the misdeeds of the bad people but "lead us to refine our motives and ask what might lie behind our good 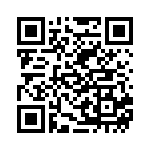