I have read the 1963 version of this work and found it to have shaped my thinking more than any other contemporary work. Probably his best contribution to understanding the need for Christ and Christocentric living. Read full review

Dietrich Bonhoeffer was one of the most significant Protestant theologians of the twentieth century, a legacy sealed by his imprisonment in a German concentration camp and eventual execution. His resistance against Nazism and pivotal role in the Confessing Church movement have been key points of illumination for many on the nature of Christian political witness and action. Millions have been inspired by his rich reflections on the Christian life, especially his beloved works on discipleship and ethics. As a professor, seminary leader, and ecumenical theologian, Bonhoeffer's work also profoundly shaped academic theology, especially systematic theology, and the life of the church.

Clifford J. Green is professor emeritus of theology, Hartford Seminary, Connecticut, and author of numerous works on Bonhoeffer. He is the executive director of the Dietrich Bonhoeffer Works. 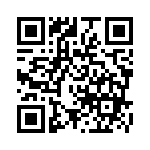