Peter Sluglett is the foremost political historian of modern Iraq and noted media-commentator worldwide. He is Professor of MIDDLE EASTERN History at the University of Utah, SALT LAKE CITY. The late Marion Farouk-Sluglett LIVED IN IRAQ BETWEEN 1955 AND 1963, AN TAUGHT MIDDLE EASTERN POLITICS AT UNIVERSITIES IN BRITAIN AND THE UNITED STATES. 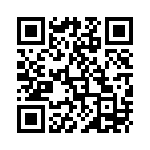