An interesting read, with interesting ideas, although I don't think they were conveyed as well as they could have been. Like Hitchens, Harris might just be a better orator than he is a writer. His ... Read full review

What Sam Harris does brilliantly is convey his message eloquently and bluntly. His writing practically doesn't allow for you to get bored. He keeps you engaged in what he believes to be the main point ... Read full review

Sam Harris is a graduate in philosophy from Stanford University. 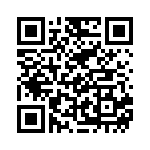