This book is the best work on Genocide that I've read, and as a teacher of Genocide Studies I've read my share of books on the subject.

A great companion book for genocide scholars. A history of the world's most horrific genocide and war crimes.

Ben Kiernan is the A. Whitney Griswold Professor of History, professor of international and area studies, and the founding director of the Genocide Studies Program at Yale University (www.yale.edu/gsp). His previous books include How Pol Pot Came to Power: Colonialism, Nationalism, and Communism in Cambodia, 1930–1975 and The Pol Pot Regime: Race, Power, and Genocide in Cambodia under the Khmer Rouge, 1975-1979, published by Yale University Press. 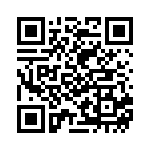