Reily worked for almost twenty years as a classic outdoor color portraitist, making portraits of individuals and families who live primarily in Deep East Texas. She has taught portrait workshops at Angelina College in Lufkin, Texas and has had a one-woman show of her portraits there. Her advance studies include an invitational workshop with Ansel Adams. She graduated from Southern Methodist University. 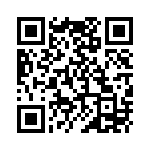