Perry Gethner is Norris Professor of French and head of the Department of Foreign Languages and Literatures at Oklahoma State University. He has published numerous articles dealing with early modern French drama and baroque opera, in addition to critical editions and translations of plays, including an edited, two-volume anthology of works by French women playwrights. He is co-editor of a forthcoming five-volume anthology also devoted to women playwrights.

Allison Stedman is associate professor of French at the University of North Carolina at Charlotte. She has published numerous articles on early modern French literary portraits, psalm paraphrases, novels, and fairy tales, as well as on pedagogical strategies for teaching French and Italian literature and culture at the university level. Her book, Rococo Fiction in the Age of Louis XIV (1650-1715): Seditious Frivolity is forthcoming. 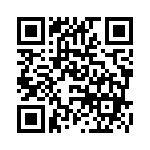