Jacques Chessex: In 1973 He obtained the Prix Goncourt for the novel L'Ogre (The Tyrant). In 1992, he obtained the Mallarmé Prize for poetry for Les Aveugles du seul regard, as well as the Grand Prize of the Fondation Vaudoise pour la création artistique. In 1999, he was awarded the Grand Prix de la langue française, and the Goncourt poetry grant for Allegria. In 2007, he was awarded the Grand Prix Jean Giono for his entire work. Chessex suffered a heart attack and died during a public discussion on 9 October 2009 about a play The Confession of Father Burg.
Martin Sokolinsky: Born in Brooklyn,NY, Martin is a well known translator from French, Spanish and German. He is a retired CUNY teacher of English. 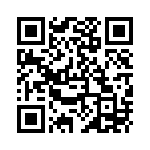