Noé Jitrik was born in 1928 in Rivera, Argentina. He is the Director of the Instituto de Literatura Latinoamericana at the University of Buenos Aires. He has taught at universities in Argentina, Mexico, the United States, Puerto Rico, France, and Venezuela. Jitrik is the author of many works of literary criticism and more than a dozen books of fiction and poetry. He is currently editing a twelve-volume history of Argentine literature.

Daniel Balderston is Professor of Spanish at the University of Iowa. He is the author of books including El deseo, enorme cicatriz luminosa: ensayos sobre homosexualidades latinoamericanas; Borges, realidades y simulacros; and Out of Context: Historical Reference and the Representation of Reality in Borges (also published by Duke University Press).

Susan Benner is a lecturer in the Department of English at Iowa State University. 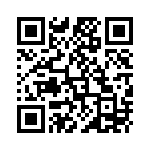