Fyodor Dostoyevsky (1821–1881) was a Russian novelist and philosopher whose works examined the human psyche of the nineteenth century. Dostoyevsky is considered one of the greatest writers in world literature, with titles such as Crime and Punishment; Notes from Underground, one of the first existential novellas ever written; and Poor Folk, Russia’s first “social novel.” 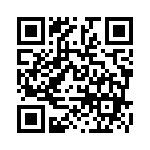