Catch 22 is an unusual, wildly inventive comic novel about World War II and its publishers are planning considerable publicity for it. Set on the tiny island of Pianosa in the Mediterranean Sea, the ... Read full review

I think if I had read this book as a teenager, or early in my twenties then I may have felt differently about it. I may have liked it a lot. I may have viewed the repetitive "kookiness" as funny and ... Read full review

Joseph Heller was born on May 1, 1923, in Brooklyn, New York. He began writing during his student days at New York University and Columbia University. In 1947 and 1948, he published short stories in Esquire and The Atlantic Monthly, and then spent a year abroad as a Fulbright Scholar. When he returned, he taught composition at Pennsylvania State University, and wrote advertising and promotional copy at Time, Look, and McCall's.

At the time, Heller was also working on his first novel, Catch-18. New World Writing published the first chapter in 1955; three years later Heller had a contract to publish the novel with Simon & Schuster. To avoid confusion with Leon Uris's 1961 novel Mila 18, Catch-18 was changed to Catch-22 before its publication in the same year.

Catch-22 is the story of John Yossarian, a bombardier trying to stay alive in the face of war's hypocrisy and insanity (Heller himself was an Army Air Force bombardier during World War II). Upon publication, Catch-22, in Heller's words, "won no prizes and was not on any bestselier list." But it was a very popular novel, and the 1970 film enhanced the book's success.

He is married and lives in East Hampton, New York. 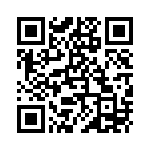