I read this book, And it is understandable is because this book uses parenthesis. It also taught me a lesson of attaining enlightenment.I give this book 3/3 is because This book is 1:readable, 2:penetrating,3:visibly appealing 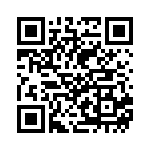