Sudha Bhuchar is joint founder and artistic director of Tamasha Theatre Company. She is both an acto r and a playwright. She writes regularly with Shaheen Khan for BBC Radio 4, and their many credits i nclude three series of Girlies. Their screenplay, The House Across the Street, was shown on BBC 4. H er writing credits for Tamasha include Strictly Dandia, the award winning Fourteen Songs, Two Weddin gs and A Funeral and the hugely successful Balti Kings. 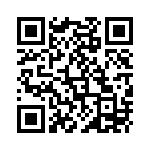