GERALD R. NORTH is distinguished professor emeritus in the Department of Atmospheric Sciences at Texas A&M University. He has published more than 150 articles and authored or coauthored several books, including An Introduction to Atmosphere Thermodynamics; Paleoclimatology; Impact of Global Warming on Texas; and Energy Balance Climate Models. He resides in College Station, Texas. 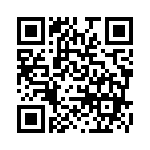