Copyrights and copywrongs: the rise of intellectual property and how it threatens creativity

The author, a media scholar and cultural historian, presents a reasoned and compelling argument for "thin" copyright policy. Vaidhyanathan traces the evolution of copyright law, arguing that it has ... Read full review

Siva Vaidhyanathan is the Robertson Family Professor of Media Studies at the University of Virginia. His work has appeared on public radio, on CNN, BBC, and in publications such as The American Scholar, The Columbia Journalism Review, The Nation, The New York Times Magazine, Washington Post BookWorld, Fast Company, The Chronicle of Higher Education, BookForum, and Dissent. 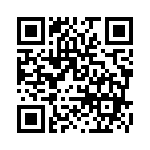