this sucks, it gives no answers.

Dr. Ron Larson is a professor of mathematics at the Pennsylvania State University, where he has taught since 1970. He is considered the pioneer of using multimedia to enhance the learning of mathematics, having authored more than 30 software titles since 1990. Dr. Larson has also authored numerous acclaimed textbooks, including the best-selling calculus series coauthored with Dr. Bruce Edwards and published by Cengage. Dr. Larson received the 2017 William Holmes McGuffey Longevity Award for PRECALCULUS and for CALCULUS. He also received the 2018 Text and Academic Authors Association TEXTY Award for CALCULUS: EARLY TRANSCENDENTAL FUNCTIONS. In addition, Dr. Larson received the 1996 Text and Academic Authors Association TEXTY Award for INTERACTIVE CALCULUS -- a complete text on CD-ROM that was the first mainstream college textbook to be offered on the internet. 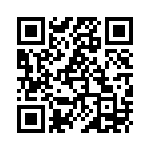