Robert Capa's war photos have such stunning immediacy it is hard to realize that those wars are long over. This authorized biography is published in conjunction with a retrospective exhibition at the ... Read full review

Robert Capa, born in Hungary, was known for his extreme bravery, amazing eye, and irrestitible charm. He was a co-founder of the Magnum cooperative picture agency and died in 1954 after stepping on a landmine while on an assignment in Indochina. His life and work were inextricably linked, and both have had a marked influence on generations of photographers.

Richard Whelan is an outstanding authority on Capa's life and work. He is a New York-based independent cultural historian and the author of several books, including acclaimed biographies of Robert Capa and Alfred Stieglitz. 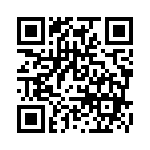