Robert L. Zimdahl is a Professor of Weed Science at Colorado State University. He received his Ph.D. in Agronomy from Oregon State University. Among his many honors and awards, Dr. Zimdahl was elected a Fellow of the Weed Science Society of America in 1986 and currently serves as editor of that society’s journal, Weed Science. He has been a member of several international task forces and has authored a number of books and articles on the subject of weed science. He is the author of Fundamentals of Weed Science, and Six Chemicals that Changed Agriculture both from Elsevier. 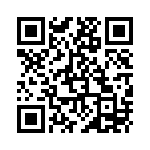