Frank Niezgoda is an inspirational and motivational writer and resides in Rockwall, Texas, a suburb of Dallas. He has been married for twenty-five years to wife, Kathy, and they have two children, Justin and Jennifer, who are both attending colleges. Frank has spent his entire career in communications and is a National Account Service Manager with Sun Microsystems. Frank's has a life long love of story telling. Growing up as the second youngest of nine children provided plenty of room for Frank to hone his story telling skills. Frank has translated that story telling art into an online ministry that includes a Daily Teaching and Prayer List web site. The next step of that ministry is a planned series of Daily Devotionals for adults and eventually teens and children. Frank's main goal in life is to reach people's hearts in a simple way in a very, very complicated world. 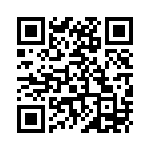