The legacy of the Civil War

A good book but a long book

A distinguished poet, novelist, and historian, Robert Penn Warren wrote The Legacy of the Civil War for the centennial in 1961. Introducing this edition is Howard Jones, University Research Professor and chair of the History Department at the University of Alabama. His works include Union in Peril: The Crisis over British Intervention in the Civil War, also available as a Bison Book. 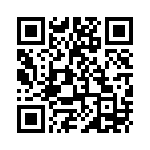