Florian Çullhaj, PhD, is a Political Scientist educated in Tirana and Rome. He is currently a Lecturer in politics of freedom and autonomy and theories of democracy at the Tirana University, Faculty of Social Sciences. His research focuses on Political Culture, Democratization Processes and Authenticity. Florian Çullhaj has 10 years of experience in lecturing and has conducted much comparative research on these topics at the national level. He is also the author of several articles published in local journals. 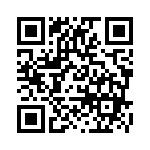