i love this book

love it so much

Born in Mount Vernon, New York, E. B. White was educated at Cornell University and served as a private in World War I. After several years as a journalist, he joined the staff of the New Yorker, then in its infancy. For 11 years he wrote most of the "Talk of the Town" columns, and it was White and James Thurber who can be credited with setting the style and attitude of the magazine. In 1938 he retired to a saltwater farm in Maine, where he wrote essays regularly for Harper's Magazine under the title "One Man's Meat." Like Thoreau, White preferred the woods; he also resembled Thoreau in his impatience and indignation. White received several prizes: in 1960, the gold medal of the American Academy of Arts and Letters; in 1963, the Presidential Medal of Freedom, the nation's highest civilian award (he was honored along with Thornton Wilder and Edmund Wilson); and in 1978, a special Pulitzer Prize. His verse is original and witty but with serious undertones. His friend James Thurber described him as "a poet who loves to live half-hidden from the eye." Three of his books have become children's classics: Stuart Little (1945), about a mouse born into a human family, Charlotte's Web (1952), about a spider who befriends a lonely pig, and The Trumpet of the Swan (1970). Among his best-known and most widely used books is The Elements of Style (1959), a guide to grammar and rhetoric based on a text written by one of his professors at Cornell, William Strunk, which White revised and expanded. White was married to Katherine Angell, the first fiction editor of the New Yorker.

Garth Williams was born in New York City on April 16, 1912. He graduated from the Royal Academy of Art and won a British Prix de Rome as a sculptor. During World War II, he was wounded in an air raid while serving as a Red Cross ambulance dispatcher in London. He moved back to the United States and started his career as an illustrator. The first book he illustrated was Stuart Little by E. B. White. He went on to illustrate Charlotte's Web by E. B. White, Laura Ingalls Wilder's Little House on the Prairie series, The Cricket in Times Square by George Selden, and others. In 1958, he wrote and illustrated The Rabbits' Wedding, which became the subject of controversy because the book dealt with a marriage between a white rabbit and a black rabbit. It was attacked by the White Citizens Council in Alabama and charged with promoting racial integration and was removed from general circulation by the Alabama Public Library Service Division. He died on May 8, 1996 at the age of 84. 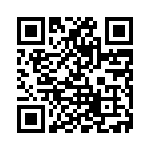